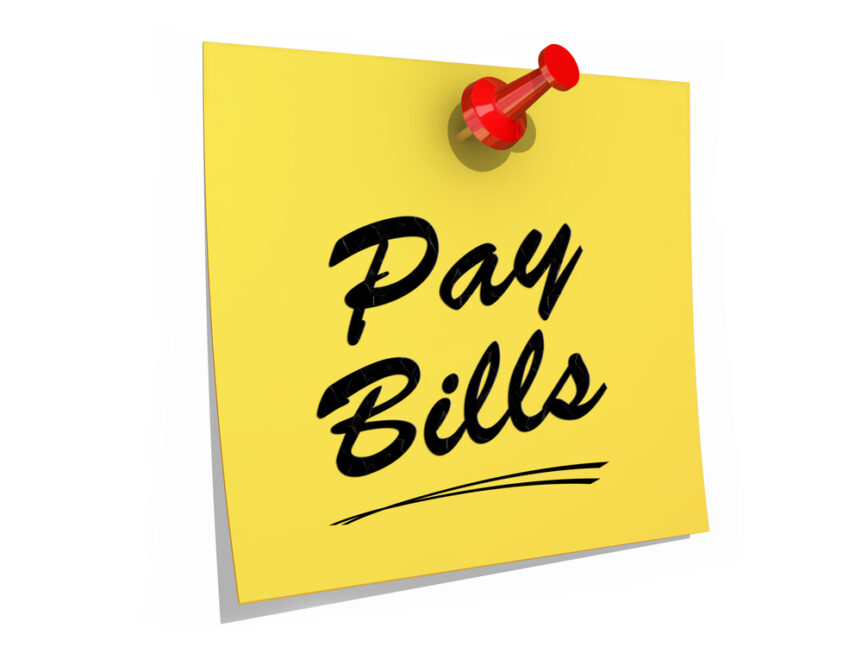 Keeping track of the bills

A new month! Time to pay the bills!

Keeping track of the bills has been easy for me, since Scott showed me his super simple system: when a bill came in the mail, he’d open it, write the due date on it, then put it on a specific corner of his dresser, in order of when it was due. When he got paid, he’d grab all the bills due between then and his next paycheck and pay them immediately.

After going through a long period of financial chaos (brough on by my own lack of attention to my money) it was a big stress reliever to have such a simple way of keeping track of what was due when. But I’m dating myself – nobody gets bills in the mail anymore! So what now?

I started by keeping a master list of bills that were due monthly – just typed on a piece of paper, in order of due date. That worked until I started creating spending plans and budgeting. Between the two, I have a list of bills & due dates just about anywhere I look. But the easiest place for me to look is in my budget – for which I use YNAB.

I set up my bill categories in  YNAB according to due date, so I can just go down the list, one by one and see what’s what. Even better, I can see instantly what I’ve paid and what I haven’t.

YNAB is such a budgeting blessing! It makes my life much easier! If you have an account and are having trouble setting it up or figuring out the nuances, reach out to me! I LOVE helping people get set up and through the YNAB learning curve! Email me: bobbi@centsablechat.com

However you do it, keep a master bill list handy. It makes it much easier to stay on top of it, and keep those pesky late payments away!